Why Monza is Special

Why Monza is Special

When it comes to choosing which circuits I want to visit, I always decide on those with the most history.

Monza, just north of Milan in Italy has always been one of those on the bucket list and I got to tick it off when I attended the Italian Grand Prix in 2017.

We were going to be visiting friends in Switzerland so naturally I made sure that the trip could include a race weekend while we were there.

Luckily the Italian GP was the weekend before we were due to arrive and the location relevant to Switzerland was not too far away so the puzzle pieces fitted together perfectly.

Unfortunately we could only arrive on the Friday afternoon so we missed all of Friday Practice but had an apartment booked not far from Milan Central station in order to have easy access to the circuit by train.

Myself and my brother got up early on the Saturday morning and walked to the station while it was still dark. It was about a 30 to 40 minute train ride to the Monza circuit and we had to change trains halfway.

When we arrived at the circuit, it wasn’t open and it began drizzling with rain – we only had a small umbrella with us. 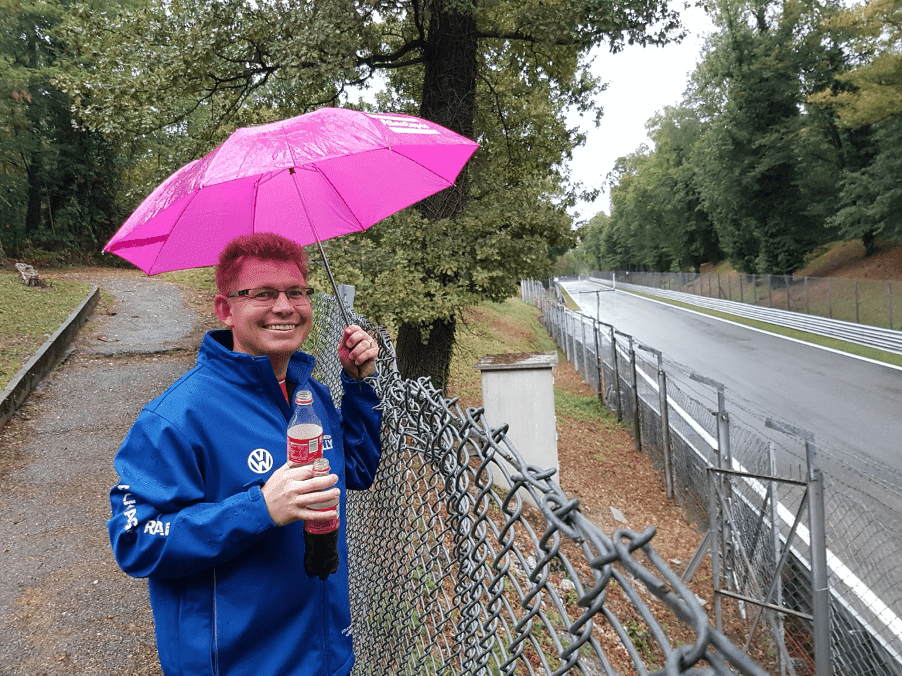 Eventually we got into the circuit via the gate near the Lesmo corners. We had huge smiles when we got a glimpse of the circuit for the first time from underneath our tiny pink umbrella.

Walking through the Monza forest, you could feel the history and charm and we were in awe of actually being there at such a circuit steeped in history.

It rained virtually the whole day. There was not much track action but we still made the best of the situation.

We kept ourselves as dry as possible by standing under trees and also walked through the fan zone where we tried our hand in a pit stop tyre changing competition.

Our best attempt was 5.6 seconds but it could have been faster had the air gun been functioning better.

We walked around most of the circuit and even got to see the famous old banking and took a few photos. 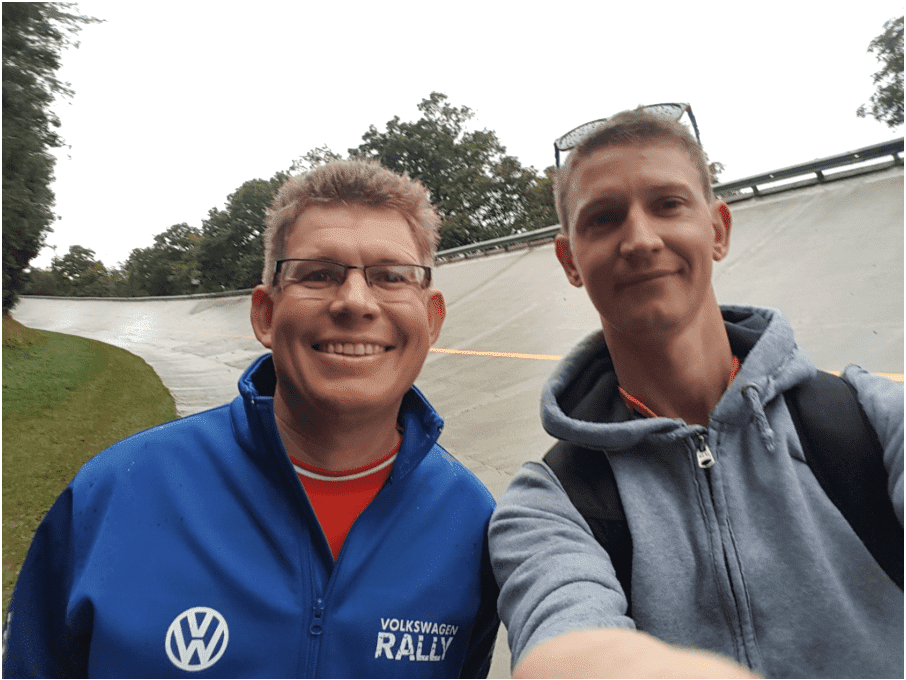 Due to the continuous rain and dangerously wet circuit, the Formula 1 qualifying was delayed and only commenced at 16h30 when Lewis Hamilton broke the all time pole position record held by Michael Schumacher.

The sound of the Formula 2 cars coming out on track for their Feature Race was something special. You could hear the wheel spin at high speed because of the amount of standing water on track.

There was so much spray that we struggled to make out who was in which car. This made us respect what these drivers do and the risk they take to perform at these speeds. 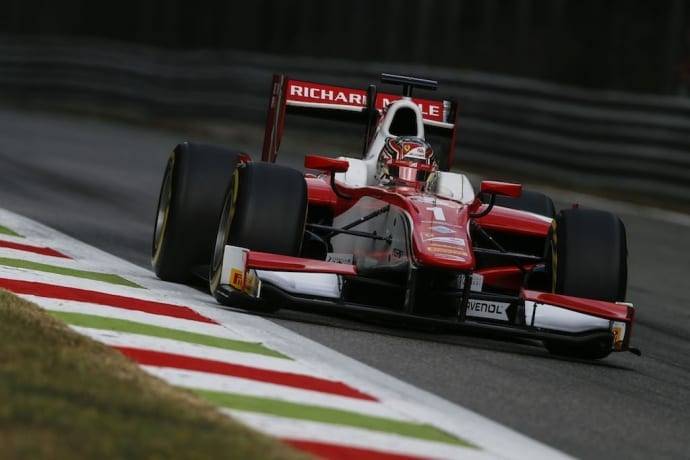 The race itself was very entertaining. Nobuharu Matsushita started the race from pole position but it was Nyck de Vries that got away well to lead most of the race. Luca Ghiotto was leading at the start of the chaotic final lap fending off Nyck de Vries and Charles Leclerc for the win.

Ghiotto crossed the line first but was handed a 5 second penalty for gaining an advantage when he left the track on that final lap. This meant that Antonio Fuoco inherited the win ahead of Matsushita and Nicholas Latifi.

Ghiotto was classified in P4 while Alex Albon was given a penalty for causing a collision.

We were soaked wet from the day’s rain but the experience was all worth it.

When dawn broke on the Sunday, it was complete contrast to the previous day. The sun was shining brightly with an air temperature of about 30 degrees C.

There was a direct train to the track on the Sunday and it took us 45 minutes to get inside once we had arrived at the circuit gate.

There was a crowd of 93000 spectators that day and you couldn’t move around otherwise you would lose your spot.

The GP3 race was incredible with the top three racing three abreast past the start/finish line. Notably the race ended with George Russell winning from Jack Aitken and Anthoine Hubert in third. 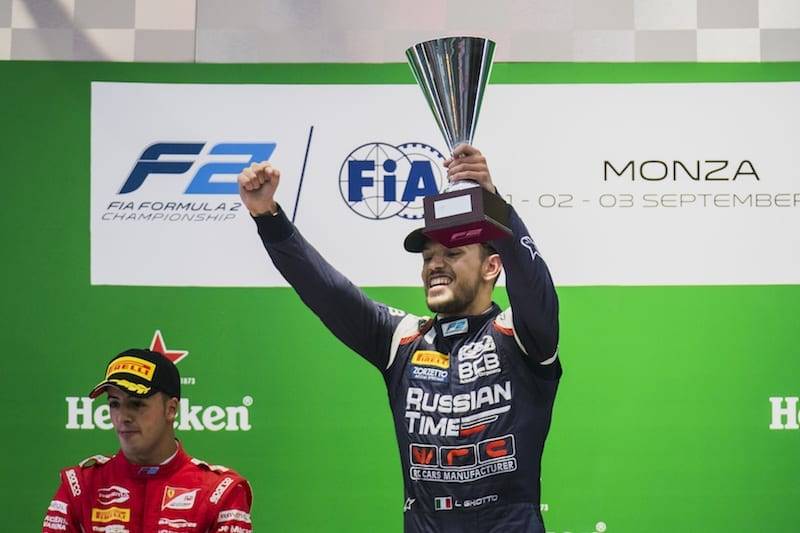 The Formula 2 Sprint Race also didn’t disappoint. Luca Ghiotto made up for his Feature Race disappointment when he fought from fifth on the grid to take his second Formula 2 victory with some exciting battles with Sean Gelael.

Louis Delétraz and Sergio Sette Camara along the way. Sette Camara eventually finished second ahead of Antonio Fuoco. Championship leader Leclerc fought from the back but sustained damage while challenging Latifi and finished down in ninth behind Matsushita and Albon.

The Formula 1 podium ceremony was one of the most exhilarating motorsport moments I have ever experienced.

We couldn’t find an open gate to get onto the circuit quick enough but managed to climb the fencing and had a great view above the thousands of spectators below. 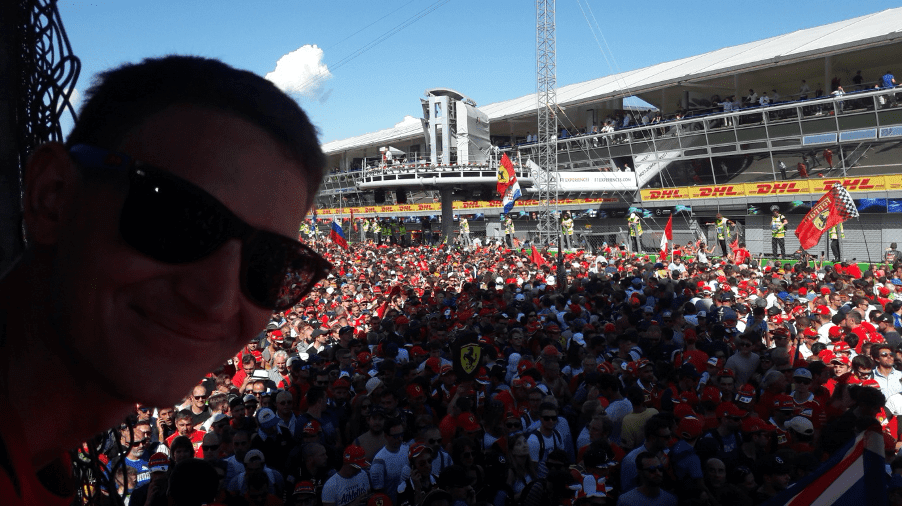 Sebastian Vettel finished third for Ferrari and the Tifosi fans couldn’t contain their excitement as they chanted for their hero.

We walked on the circuit all the way back to the train station and it was interesting to see fans carrying away bits of whatever they could find as souvenirs, including tyres and advertising boards.

It was a long wait for the crowded train back to Milan but enjoyable at the same time sharing the excitement with passionate fans.

The next day we travelled to Maranello to visit the Ferrari museum next to the Ferrari F1 factory and the Fiorano circuit.

The visit to the museum and walking through these streets makes you realise the history and passion of Ferrari in Maranello.  This was one of the best motorsport weekends I have ever experienced.

The Italian fans are incredible. Monza is a special place! ?? 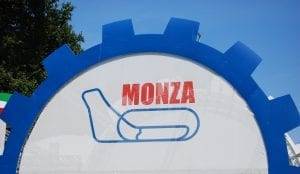