The newest team to grace the FIA Formula 2 paddock, VAR, have a proven and very successful track record in motorsport. Their aim is to continue their winning streak.

Team Principal, Frits Van Amersfoort, spoke of the team’s ambitions prior to the Formula 2 testing in Abu Dhabi:

“In all our history we’ve won lots of championships. And that’s what we’re fighting and aiming for. It will take a bit of time. We know it’s going to be tough, but we don’t see it as impossible.”

Their time-scale to participate in the support series is generous:

“This is a long-term plan for sure. We’re here to win.

“We’re ready for a long-term deal. You can’t do racing for short. My name and the name of the team is not for short-term.”

Not only have VAR seen success in other series’, their race-craft has bore some mighty fruits:

“We’re so very proud that our former driver, Max, won the [Formula 1] World Championship here. That gives us a new boost. We feel very proud that we were able to bring him to Formula 1 over F3.”

“As an experienced race team, we know that it starts with the drivers.

“If it’s F4 or even in F2, the real thing is between the steering wheel and the rollover bar. We’re looking to find the best drivers for us.”

The Formula 2 world awaits their driver announcement for 2022. In the running is familiar Formula 2 driver, Jake Hughes, and upcoming Turkish talent, Cem Bölükbasi:

“We’re quite close to having the drivers in place. When you look at the entry list for this test, we’re already pretty close. We still have some decisions to make.” 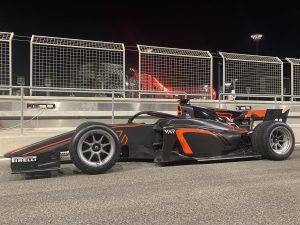