Zendeli ready for the season ahead

Zendeli ready for the season ahead

MP Motorsport’s Lirim Zendeli has expressed his readiness for the 2021 Formula 2 season, he waits to begin his rookie campaign with the Dutch team.

Speaking to InsideF2 before official testing in Bahrain began, Zendeli reflected on his second season of Formula 3 and the challenges ahead for the upcoming season.

2020 was a breakout season for Zendeli, who improved on his rookie campaign in Formula 3 to win his maiden race in the series at Spa Francorchamps, on his way to finishing eighth in the championship.

The German’s first win at Spa came off the back of a narrow defeat to Bent Viscaal in the second Sprint race at Silverstone, with Viscaal retaking the lead at the last corner to beat him in the race to the finish line.

However, the German-made amends for it three weeks later by winning the Feature race from pole position.

“We had a pretty good start to the season,  and then we started to try a lot of things which theoretically sounded really good, but in the end,  sometimes you have to listen to your feelings.

“When we switched back to the prior ways at the end of the season we got two pole positions, three excellent qualifying sessions, and a win.”

“For sure it was a relief, I had a great race at Silverstone until the last lap, and with Spa being one of the best-known tracks along with the fact every racing car driver loves Spa.”

MP Motorsport was quick in the postseason test sessions. Louis Deletraz topped the timesheets on the final day; however, Zendeli isn’t looking too much into the times set over the winter.

“You can’t really see from testing who will be quick and who won’t be.  I felt really comfortable, and I don’t see us not being fast.”

2021 will also pose some new challenges with a new championship and a new car to learn.

“The biggest difference between an F2 and an F3 car is the brakes because we’re now using carbon brakes, the acceleration is not too different although it’s quicker and for me, so there isn’t too much between the two although the F2 car is the heavier meaning you can’t push the car over the limit like the F3 car which was much more forgiving.”

He had a busy offseason which combined a mixture of training and finding the budget to go racing in the series.

“I’ve been doing pretty much the same thing as every other race car driver, I guess, a lot of fitness, a lot of sim racing and most importantly, of course, getting the sponsors because of the higher level of racing in F2, I had to increase my budget so that was a focus”.

“Finding a budget was very tough, we started looking from September until the end of February, we even went to Albania to meet the prime minister and to get some contacts there. We did a lot of things to bring all our backers together, we made it which I am delighted about.”

“I am still looking for sponsors to make our life easier despite my season being secured.”

Zendeli like many other drivers has focused on keeping in shape. With a long gap between Formula 3’s final round and the first round of FIA Formula 2, many drivers could be slightly after such a long break away.

Zendeli also elected to stay at home over the winter instead of venturing off the southern hemisphere to compete in the Asian F3 series or the Toyota racing series to preserve his budget to race in F2.

Nevertheless, Zendeli doesn’t believe this will cause him any issues.

“Last year, I was in New Zealand driving in the Toyota series, but this year we had to put our budget solely into Formula 2, meaning I had to stay at home and only do sim racing, but I don’t think this will affect the results at the end.”

“As someone who has had a low budget all the time, I was not one of the guys being able to drive or test every day, so I am used to it.”

Formula 2 in 2021 will look radically different, with there being three races during the weekend rather than two, thus preserving the number of total races. This streamlines the movements of the teams and drivers from twelve to eight weekends.

However, the cutting of the calendar has come as a blessing for Zendeli as he believes that this will cut costs.

“I think it’s good in terms of saving costs, as a race car driver for sure you want to see more tracks. I would have loved racing at twelve tracks all over the World, but I think I have to be happy with this. We only have eight race weekends, that was one of the reasons it was possible for me to take part in F2.”

During testing in Bahrain, Zendeli was on the pace, which included several top-ten finishes. He got some much-needed time under his belt before the season commences on 26 March 2021.

Zendeli’s teammate has yet to be confirmed at the time of publishing.

All of us at InsideF2 would like to thank Lirim and his team for giving up their time for this interview. 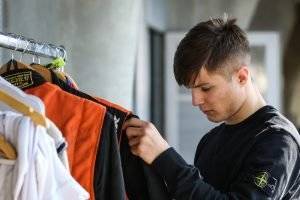