Zhou and Lundgaard return to Formula 2

Zhou and Lundgaard return to Formula 2

The Chinese driver, Zhou was rookie of the year in 2019. In 2020 he went on to claim a maiden win in Sochi, he will now stay on as part of the newly rebranded Alpine academy. He is hoping to learn from his difficult campaign in 2020.

“For my third season of Formula 2, I am expecting to be a title contender. To be honest last season was a tough one due to technical issues. This meant I only finished P6 in the driver’s standings. Hopefully, we can put everything together this season.”

“I learned a lot about tire management and always being consistent, this is key. We saw last year that people who could cope with the tires finished in the top five, it shows how close the field is. One little error can make a big difference at the end of the season.”

His aim this year is to learn and perform well. This he hopes will give him a chance for a step up into Formula 1.

Christian Lundgaard, on the other hand, had good moments in an overall inconsistent rookie campaign. This saw him take two race wins, however, was unable to make a serious push for the championship.

The Dane has said he needs to optimize everything out of the package in order to improve on last season.

“To be honest my rookie season was like a rollercoaster, it started very well but we had some struggles midseason. We scored four points in the last three race weekends, so definitely, we need to improve on that.”

“I’ve got the experience now, to bring that in for my second season will definitely be key to get the points.”

Lundgaard and Zhou will also stay as members of the Alpine academy alongside PREMA’s Oscar Piastri. 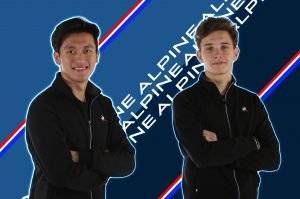