Zhou Storms to Pole at a Scorching Bahrain

Zhou Storms to Pole at a Scorching Bahrain

Guanyu Zhou laid down a gauntlet to his Formula 2 rivals in qualifying after securing pole position for the season’s first Feature Race.

With the track now scrubbed in courtesy of Formula 1’s first practice session, the Formula 2 grid could expect to improve on their times from this morning’s practice session.

However, Viscaal quickly found himself under investigation by the stewards for not restarting in his pit box – potentially risking a grid penalty.

Felipe Drugovich topped the timesheets with a 1:54.844 but that time looked set to be easily bettered when the tyres finally came up to temperature.

Christian Lundgaard went quickest on his first push lap with 1:43.628, but the Dane went wide in the final sector, which cost him time.

Drugovich then continued his good form from practice to go three tenths quicker than Lundgaard to go back on top with 10 minutes gone in the session.

Jehan Daruvala was third quickest on his first run ahead of Ferrari juniors Robert Shwartzman and Marcus Armstrong, with Carlin’s Dan Ticktum rounding off the top six.

As nearly all of the grid pitted for fresh rubber and to cool the cars, Zhou went out to set his fast time with a clear track in front of him.

Zhou snatched the provisional pole from teammate Drugovich by less than a tenth of a second.

The field went back out with over seven minutes left for their second run and to try and improve on their first runs.

However, they quickly came back in after Shwartzman hit trouble with just over five minutes left as the Russian’s PREMA lost all drive as he prepared for his second run,  stranding him on the exit of Turn 15.

With just over five minutes left the session was restarted giving drivers enough time to quickly get their tyres reheated for their second fast lap.

Lundgaard then took provisional pole on his second as the Dane went over four-tenths quicker than fellow Alpine junior Zhou and lay down a challenge.

Zhou quickly delivered and snatched pole position at the death to make it an all Alpine junior front row.

Drugovich was third quickest ahead of Dan Ticktum, with Jüri Vips and Richard Verschoor completing row three after a superb qualifying session for the Dutchman.

Daruvala was seventh fastest ahead of Oscar Piastri, with Liam Lawson and David Beckmann filling row five with the German on pole position for tomorrow’s first Sprint Race.

Theo Pourchaire was 11th alongside Shwartzman, with Ralph Boschung 13th on the grid ahead of DAMS pair Marcus Armstrong and Roy Nissany.

Viscaal was 16th ahead of Lirim Zendeli and Guilherme Samaia on row nine. Marino Sato and Matteo Nannini line up on row 10, ahead of Gianluca Petecof and Alessio Deledda, who line up on the 11th and final row.

*Update* Jüri Vips will start Sprint Race 1 and Sunday’s Feature Race at the back of the grid after receiving a DSQ for a technical infringement. 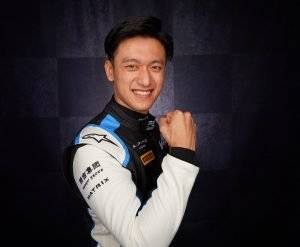